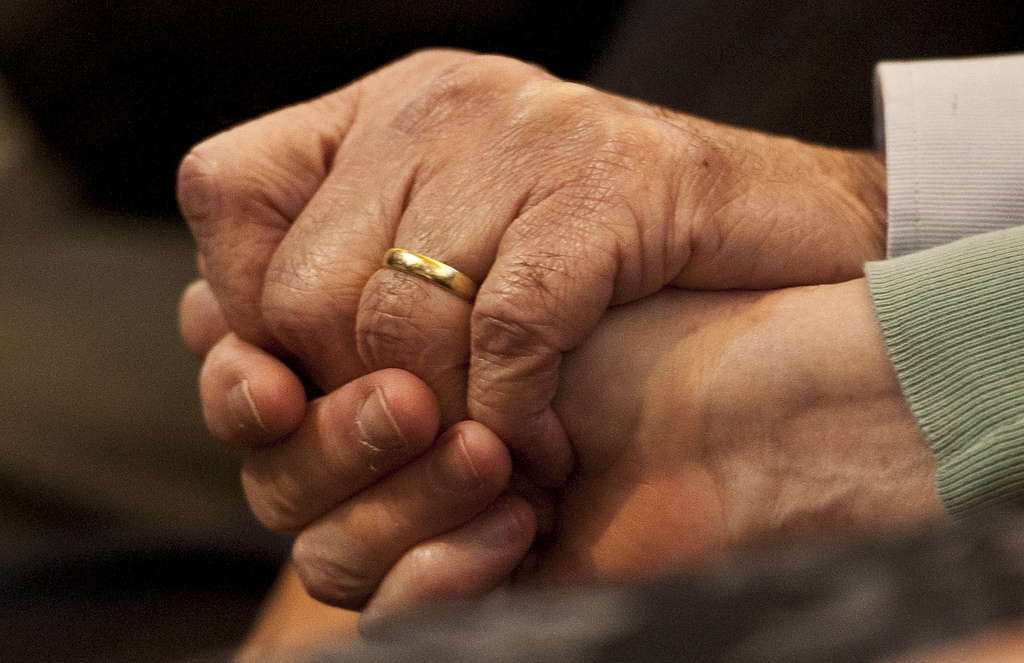 (CNA/EWTN News) - In his weekly general audience on April 2, Pope Francis closed his catechesis on the sacraments by reflecting on the Sacrament of Holy Matrimony, noting that the marital couple is a unique example of divine love in the world.

“Married couples carry out this vocation in a full and definitive communion of life. As ‘one flesh,' they become living icons of God's love in our world, building up the Church in unity and fidelity,” said the Pope.

“The Triune God created us – men and women – in his image and calls us to mirror the mystery of his love,” the Pope continued, adding that “married couples carry out this vocation in a full and definitive communion of life.”

Highlighting how the vocation builds the Church in “unity and fidelity,” the pontiff explained that “Christian marriage also reflects the mystery of Christ's own faithful and sacrificial love for his body, the Church.”

“Christian spouses thus receive a special consecration and a special mission: to manifest in simple and daily things the love of Christ for his Church, giving themselves in fidelity and service.”

Noting that although marriage is “a noble vocation,” Pope Francis also emphasized that it “is not an easy one,” and that “it must constantly be strengthened by a living relationship with the Lord through prayer.”

Man must not separate