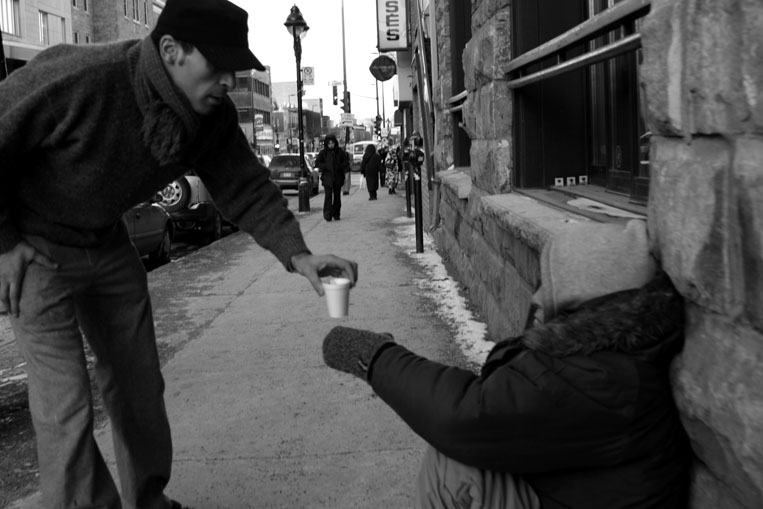 (CNA/EWTN News) At his Angelus address on Sunday July 6, Pope Francis noted that Christ's invitation, “come unto me, all you who are heavy burdened, and I will give you rest,” is given to each and every person, through all time.

“When Jesus says this, he has before his eyes the people he encountered everyday in the streets of Galilee: many simple people, the poor, the sick, sinners, the marginalized … This people always flocked to hear his word – a word of hope,” he exclaimed.

“This invitation of Jesus' extends to the present day, reaching the many brothers and sisters weighed down by poor living conditions, by difficult life situations and sometimes by a lack of valid points of reference.”

In the present day, he noted, there are “many people harrassed, and helpless under the unbearable weight of abandonment and indifference … on the margins of society, there are many men and women worn down by poverty, but also by dissatisfaction and frustration in life.”

Pope Francis lamented indifference to the needy, but emphasizing that “worse, is the indifference of Christians!”

“Many are forced to emigrate from their homeland, risking their lives. Many more daily bear the weight of an economic system that exploits man, imposing an unbearable 'yoke' which the privileged few do not want to carry.”

Not only to the poor is Christ's call addressed, Pope Francis said: “But he also talks too to those who possess everything, yet whose heart is empty and without God. To these also, Jesus addresses the invitation: 'Come to me.'”

“The call of Jesus is for everyone. But in a special way for those who suffer the most.”

Christ, Pope Francis noted, “promises to give refreshment to all, but there is also an invitation, which is like a commandment: ‘Take my yoke upon you and learn from me, for I am meek and humble of heart.'”

This meekness and humility, Pope Francis said, helps restrain us from imposing upon others “our own personal views, our judgements, our criticisms our our indifference.”

Concluding his address, the Pope invoked the prayers of the Blessed Virgin Mary, asking that she help us to be a relief to those who need help, tenderness, and hope.

Source: Pope: Christ's call, 'come to me', addressed to each person