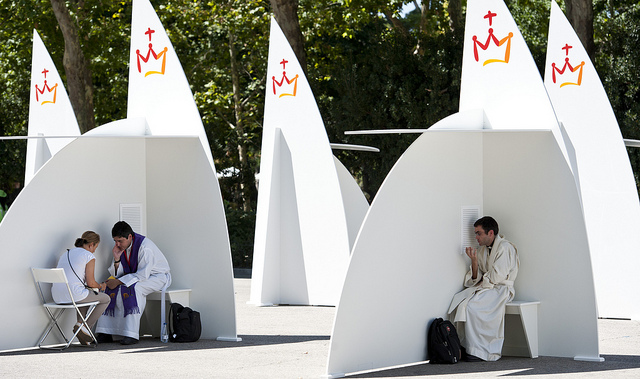 (CNA/EWTN News) - In his weekly general audience, Pope Francis spoke about the power Jesus gave the apostles to forgive sins in his name, stating that priest's should exercise this ministry with "humility".

"First and foremost, the protagonist of the forgiveness of sins is the Holy Spirit," he noted, recalling how Jesus bestowed the Spirit upon the Apostles after his Resurrection.

"Hence, he made the Church the guardian of the keys, of this power."

Pope Francis went on to explain that the "Risen Jesus, before communicating his Spirit, showed the signs of his Passion," reflecting that "his wounds represent the price of our salvation, indicating that the Holy Spirit grants the forgiveness of God by 'passing through' the wounds of his hands and his side."

Pope Francis: Every time we go to confession, God embraces us