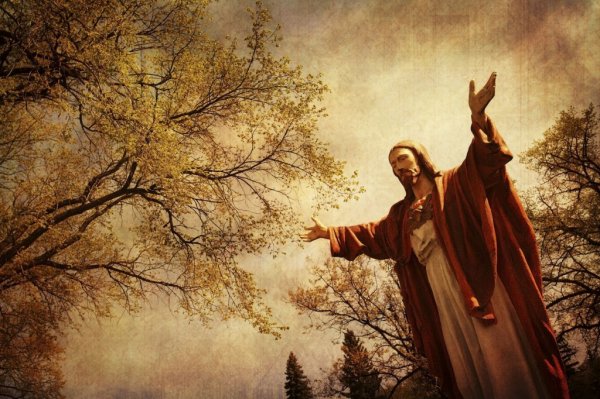 Jesus engaging in prayer might perplex His disciples. For they saw Him praying like a man, whom before they had seen performing miracles with divine power. In order then to banish all perplexity of this kind, He asks them this question, not because He did not know the reports which they had gathered from without, but that He might rid them of the popular opinion, and instill into them the true faith. Hence it follows, "He asked them, 'Who do the crowds say that I am?'"

But mark the subtle skill of the question. For He directs them first to the praises of strangers, that having overthrown these, He might bring about in them the right opinion. So when the disciples had given the opinion of the people, He asks them their own opinion; as it is added, "And He said to them, Whom say you that I am?" How blessed are they! Jesus excludes them from the others, that they may avoid their opinions; as if He said, "you who by my decree are called to the Apostleship, the witnesses of my miracles, whom do you say that I am?" But Peter anticipated the rest, and becomes the mouthpiece of the whole company, and launching forth into the eloquence of divine love, utters the confession of faith, as it is added, "Peter answering said, 'The Christ of God.'" Peter does not merely say that Jesus was Christ of God. For many divinely accounted persons are in diverse ways called Christs (anointed), for some were anointed kings, some prophets. But we through Christ have been anointed by the Holy Spirit, have obtained the name of Christ. But there is only one who is the Christ of God and the Father, He alone having His own Father who is in heaven.

It was the duty then of the disciples to preach Jesus throughout the world. For this was the work of those who were chosen by Him to the office of the Apostleship. But as Holy Scripture bears witness, there is a time for everything. For it was fitting that the cross and resurrection should be accomplished, and then should follow the preaching of the Apostles; as it is spoken, saying, "The Son of man must needs suffer many things."

Great and noble leaders provoke the mighty in arms to deeds of valour, not only by promising them the honors of victory, but by declaring that suffering is in itself glorious. Such we see is the teaching of the Lord Jesus Christ. For He had foretold to His disciples, that He must needs suffer the accusations of the Jews, be slain, and rise again on the third day. Lest then they should think that Christ indeed was to suffer persecution for the life of the world, but that they might lead a soft life, He shows them that they must pass through similar struggles, if they desired to obtain His glory.

Reference:
Commentary on the Gospel of Luke, Sermons #49, #50 (St. Cyril of Alexandria)