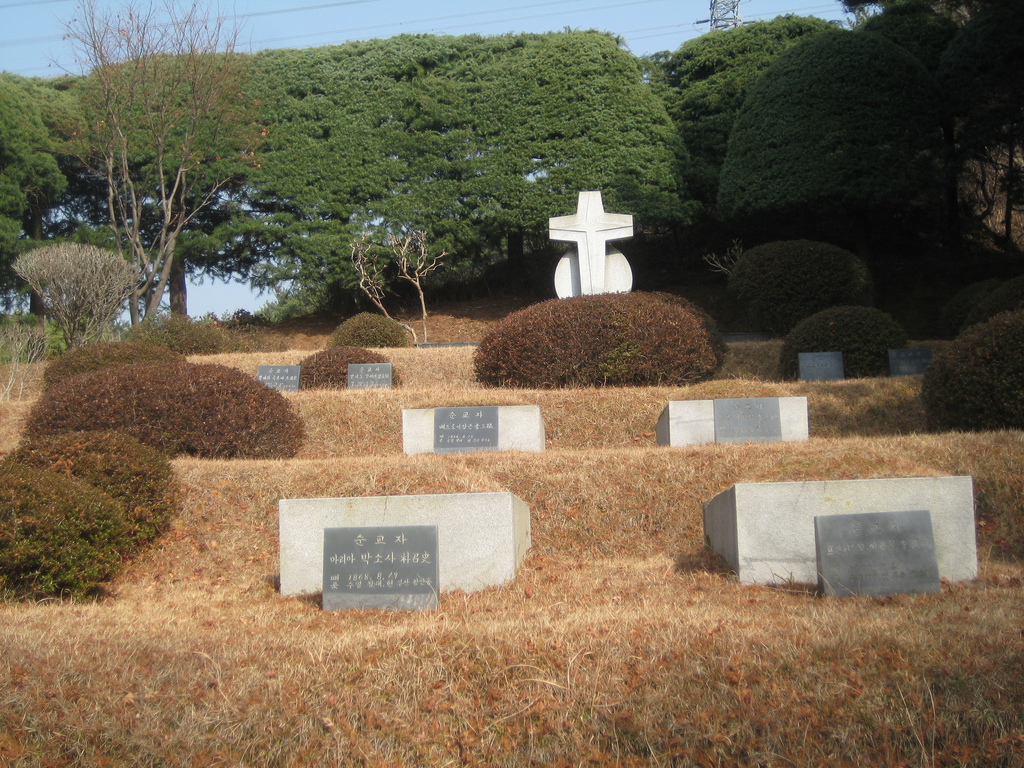 In South Korea “the Church is the guardian of memory and of hope: and is a spiritual family in which adults transmit to youths the torch of the faith received from the elderly; the memory of the witnesses of the past becomes a new witness in the present, and hope for the future,” he said.

“In light of this it is possible to read the two principle events of this voyage: the beatification of 124 Korean martyrs, who are added to those canonized 30 years ago by St. John Paul II; and the encounter with the youth, on the occasion of the Sixth Asian Youth Day.”

The Pope began his address giving thanks for the great gift of his visit to Korea, calling the Church there both “youthful and dynamic, founded upon the witness of the martyrs and animated by a missionary spirit.”

He noted that the Republic of Korea “is a nation which has had a remarkable and rapid economic development. Its inhabitants are hardworking, disciplined, ordered, and must maintain the strength inherited from their ancestors.”

Youth are always “searching for that which makes life worth living, and the martyrs bear witness to that, indeed, to That One for whom it is worth to give up one's life. This really is the Love of God, who took flesh in Jesus, the Witness of the Father.”

Pope Francis discussed also the Church in Korea as “guardian also of the memory of the primary role of the laity in the dawn of the faith … in that land, in fact, the Christian community was not founded by missionaries, but by a group of Korean youth in the second half of the 1700s, who were fascinated by certain Christian texts, who studied them profoundly and chose them as a rule of life.”

One of these, a layman, travelled to China to be baptized, and he in turn baptized his companions, the Pope said.

“From that first nucleus there developed a great community, which from the beginning and for a century suffered violent persecution, with thousands of martyrs.”

Saying that the first Korean Christians modeled themselves on the apostolic community in Jerusalem, “transcending all social differences,” Pope Francis encouraged the contemporary community “to be generous in sharing with the most poor and with the excluded.”

Discussing the encounter of the faith with different cultures, the Bishop of Rome said the Christian experience in Korea shows that “Christ does not annul culture, does not suppress the pilgrimage of peoples who through the centuries and millennia seek truth and practice the love of God and their neighbor. Christ does not abolish that which is good, but carries it forward, brings it to completion.”

“What Christ instead combats and defeats is the wicked, who sows discord between man and man, between people and people; who generates exclusion for the sake of the idolatry of money; who sows the poison of nothingness into the hearts of the youth.”

“If we remain in (Christ), in his love, we too, like the martyrs, can live and witness his victory.”

Having faith in this, he said, “we prayed, and still now we pray that all the sons of the Korean land, who suffer the consequences of war and division, may make a journey of fraternity and reconciliation.”

Noting the trip's having been illuminated by the feast of the Assumption of Mary, Pope Francis entrusted the people of Korea to her maternal intercession.