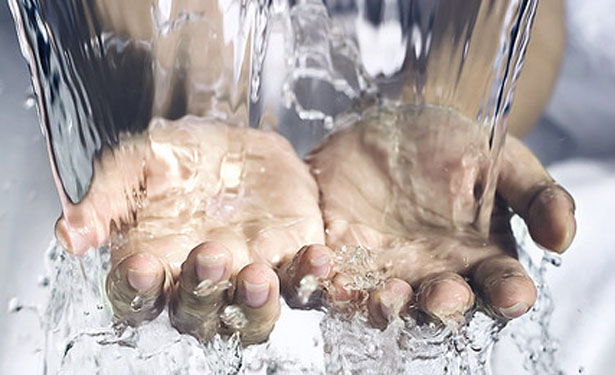 After Jesus had spoken, a Pharisee invited him to dine at his home. He entered and reclined at table to eat. The Pharisee was amazed to see that he did not observe the prescribed washing before the meal. The Lord said to him, “Oh you Pharisees! Although you cleanse the outside of the cup and the dish, inside you are filled with plunder and evil. You fools! Did not the maker of the outside also make the inside? But as to what is within, give alms, and behold, everything will be clean for you.”
Luke 11:37-41

Christ, knowing the wickedness of those Pharisees, Himself purposely condescends to be occupied in admonishing them, after the manner of the best physicians, who bring remedies of their own making to those who are dangerously ill. But what gave occasion for the words of Christ was, that the ignorant Pharisees were offended, that while men thought Him to be a great man and a prophet, He did not conform to their unreasonable customs.

For every day before dinner the Pharisees washed themselves with water, as if a daily washing could be a cleansing of the heart. But the Pharisee thought within himself, yet did not say a word; nevertheless, He who perceived the secrets of the heart heard. Hence it follows, "And the Lord said to him, 'Now do you Pharisees make clean the outside of the cup and the platter; but your inward part is full of ravening and wickedness.'"

But how was it that Jesus did not spare the man by whom He was as invited? He did, He spared him by reproof, that when corrected He might spare him in the final judgment. Further, He shows us that baptism also which is once given cleanses by faith; but faith is something within, not without. The Pharisees despised faith, and used washings which were without; while within they remained full of pollution. The Lord condemns this, saying, "You fools, did he that made that which is without not make that which is within also?"

This is against those who think that only the soul was created by God, but the flesh by the devil. It is also against those who condemn the sins of the flesh, such as fornication, theft, and the like; while those sins of the Spirit, which are no less condemned by the St. Paul (Gal 5:19-21), they disregard as trifling. (See Part 2 Point 6 of Pope John Paul II's encyclical "DOMINUM ET VIVIFICANTEM" for "The Sin Against the Holy Spirit)