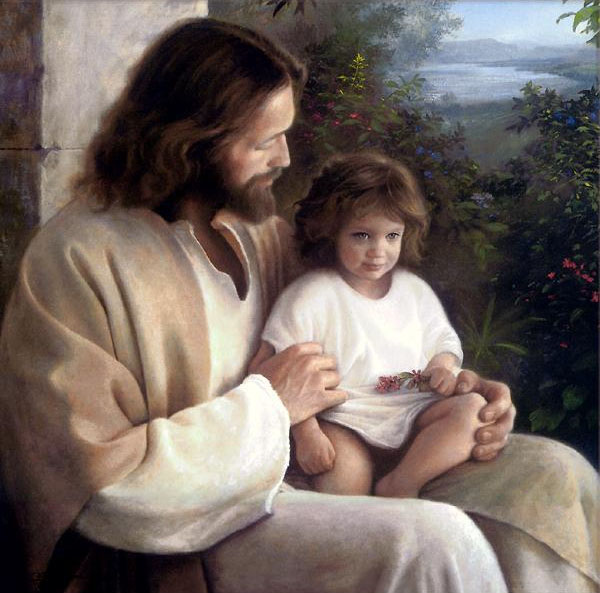 The disciples approached Jesus and said, “Who is the greatest in the Kingdom of heaven?” He called a child over, placed it in their midst, and said, “Amen, I say to you, unless you turn and become like children, you will not enter the Kingdom of heaven. Whoever becomes humble like this child is the greatest in the Kingdom of heaven. And whoever receives one child such as this in my name receives me. “See that you do not despise one of these little ones, for I say to you that their angels in heaven always look upon the face of my heavenly Father. What is your opinion? If a man has a hundred sheep and one of them goes astray, will he not leave the ninety-nine in the hills and go in search of the stray? And if he finds it, amen, I say to you, he rejoices more over it than over the ninety-nine that did not stray. In just the same way, it is not the will of your heavenly Father that one of these little ones be lost.”
Matthew 18:1-5,10,12-14
Jesus seeing their thoughts would heal their ambitious strivings, by arousing an emulation in lowliness; whence it follows, "And Jesus calling a little child, set him in the midst of them." One whose tender age should express to them the innocence which they should have.

But truly Jesus set Himself in the midst of them, a little one who had come not to be ministered to, but to minister, that He might be a pattern of holiness. Others interpret the little one of the Holy Spirit, whom He set in the hearts of His disciples, to change their pride into humility. And he said, "I say to you, Except you be converted, and become as little children, you shall not enter into the kingdom of heaven." He does not enjoin on the Apostles the age, but the innocence of infants, which they have by virtue of their years, but to which these might attain by striving; that they should be children in malice, not in understanding.

As though He had said, "As this child, whom I set before you as a pattern, is not obstinate in anger, when injured does not bear it in mind, has no emotion at the sight of a fair woman, does not think one thing while he speaks another; so you, unless you have the like innocence and purity of mind, shall not be able to enter into the kingdom of heaven."