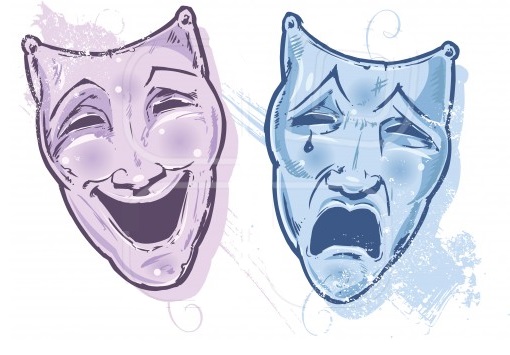 Jesus said to the crowds: “To what shall I compare the people of this generation? What are they like? They are like children who sit in the marketplace and call to one another, ‘We played the flute for you, but you did not dance. We sang a dirge, but you did not weep.' For John the Baptist came neither eating food nor drinking wine, and you said, ‘He is possessed by a demon.' The Son of Man came eating and drinking and you said, ‘Look, he is a glutton and a drunkard, a friend of tax collectors and sinners.' But wisdom is vindicated by all her children.”
Luke 7:31-35

There was a game among the Jewish children, that went something like this. A troop of youths was divided into two parts: who, making sport of the confusion in the world, and the uneven course of its affairs, and the painful and rapid change from one extreme to the other, some of them played on instruments of music, while the rest wailed. But neither did the mourners share the merriment of those who were playing music and rejoicing; nor again did those with the instruments of music join in the sorrow of those who were weeping; and finally, they reproached one another with their lack of sympathy, so to speak, and absence of affection. For the one party would say, "We have played unto you, and ye have not danced," to which the others would rejoin, "We have wailed unto you, and ye have not wept." Christ implied in the following words, "Whereunto then shall I liken the men of this generation, and to what are they like? They are like children sitting in the marketplace."

Now these words have reference to John and Christ. For when He says, "We have mourned, and you have not wept", it is in allusion to John, whose abstinence from meat and drink signified penitential sorrow; and hence He adds in explanation, "For John came neither eating bread, nor drinking wine, and you say he has a devil." But His words, "We have piped to you, and you have not danced", refer to the Lord Himself, who by using meats and drinks as others did, represented the joy of His kingdom. Hence it follows, "The Son of man came eating and drinking etc."

But where could they point out the Lord as gluttonous? For Christ is found everywhere repressing excess, and leading men to temperance. But He associated with tax collectors and sinners. Hence they said against Him, "He is a friend of tax collectors and sinners", though He could in no wise fall into sin, but on the contrary was to them the cause of salvation. For the sun is not polluted though sending its rays over all the earth, and frequently falling upon unclean bodies. Neither will the Sun of righteousness be hurt by associating with the bad. But let no one attempt to place his own condition on a level with Christ's greatness, but let each considering his own infirmity avoid having dealing with such men, for "evil communications corrupt good manners." (1 Cor. 15:33) It follows, "And wisdom is justified of all her children."

His disciples “said to one another, ‘Then who can be saved?’”

Pope Francis: Wisdom is born out of intimacy with God