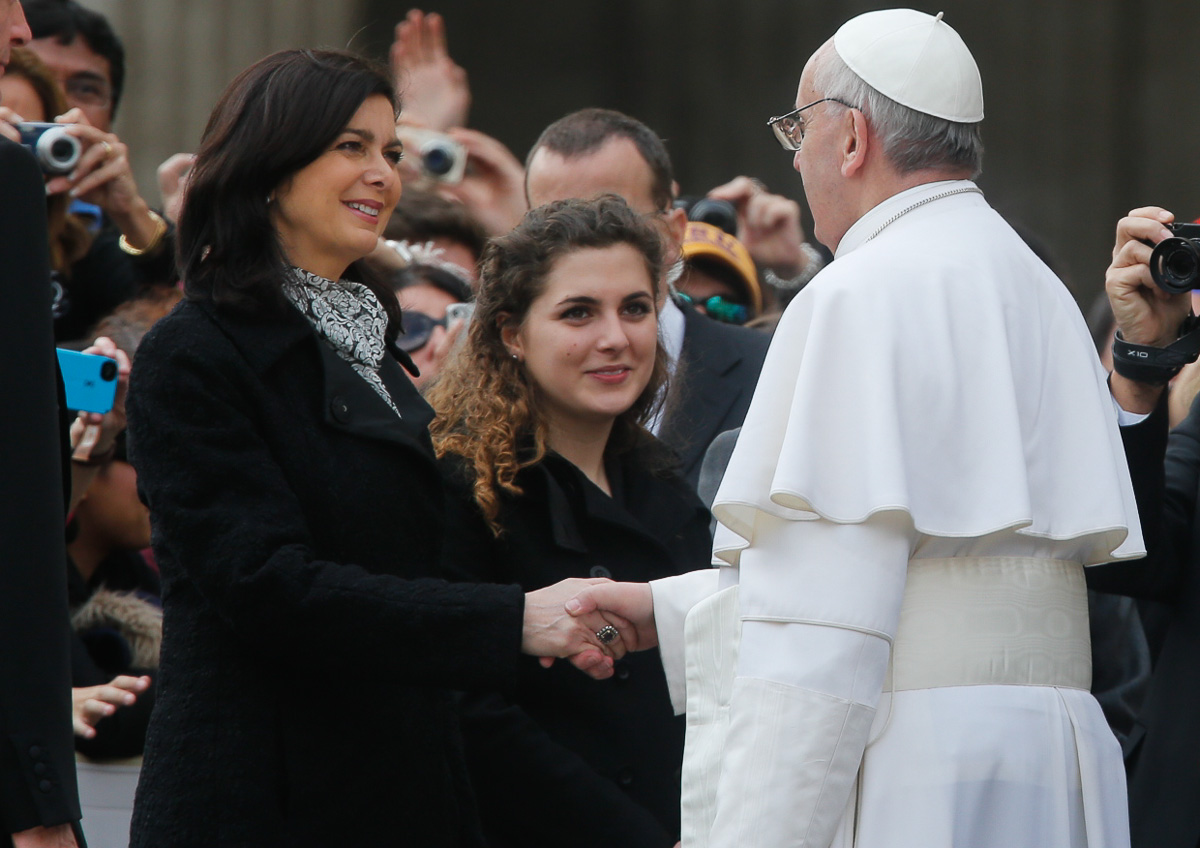 教宗方濟各在週三接見信眾時談及女性在教會擔任的角色，他提到在猶太人當時的律法下，婦女和兒童不被視為可靠的證人。但在福音中，婦女卻擔當著一個相當重要的角色。首先目擊耶穌復活的是婦女，這顯示出耶穌復活在歷史上的真確性：若耶穌復活是杜撰的話，作者根本不應該提及婦女的見證；反之，福音的作者把事情如實的描述。由此可見，天主不依循人的標準，祂揀選的都是卑微的人：牧羊人見證耶穌誕生，婦女見證耶穌復活。女性的使命就是要見證基督已復活了！
Pope Francis talked about the role of women in the Church in his general audience catechesis. He said that according to the Jewish Law of the time, women and children were not considered reliable, credible witnesses. In the Gospels, however, women have a primary, fundamental role. Here we can see an argument in favor of the historicity of the Resurrection: if it were a invented, in the context of that time it would not have been linked to the testimony of women. Instead, the evangelists simply narrate what happened: the women were the first witnesses. This tells us that God does not choose according to human criteria: the first witnesses of the birth of Jesus are the shepherds, simple and humble people, the first witnesses of the Resurrection are women. This is the mission of women, of mothers and women, to give witness to their children and grandchildren that Christ is Risen!