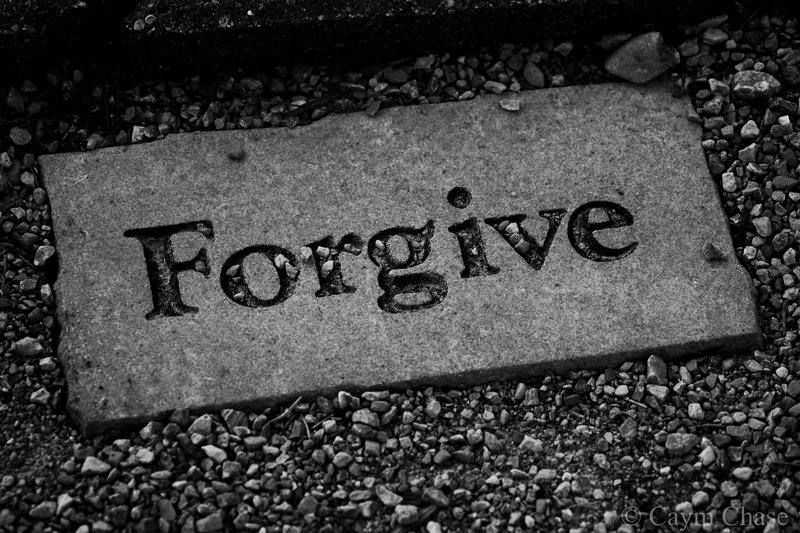 Jesus said to his disciples, “Things that cause sin will inevitably occur, but woe to the one through whom they occur. It would be better for him if a millstone were put around his neck and he be thrown into the sea than for him to cause one of these little ones to sin. Be on your guard! If your brother sins, rebuke him; and if he repents, forgive him. And if he wrongs you seven times in one day and returns to you seven times saying, ‘I am sorry,' you should forgive him.”

And the Apostles said to the Lord, “Increase our faith.” The Lord replied, “If you have faith the size of a mustard seed, you would say to this mulberry tree, ‘Be uprooted and planted in the sea,' and it would obey you.”
Luke 17:1-6

Now there are two kinds of offenses, of which the one resist the glory of God, but the other serve only to cause a stumbling-block to the brethren. For the inventions of heresies, and every word that is spoken against the truth, are obstructions to the glory of God. Such offenses however do not seem to be mentioned here, but rather those which occur between friends and brethren, as strifes, slanders, and the like. Therefore Jesus adds afterwards, "If your brother trespass against you, rebuke him."

That there neither be a harsh reprimand to dishearten, nor an overlooking of faults to invite to sin; therefore it is said in Matt. 18:15, "Tell him his fault between him and you alone." For a friendly correction is better than a quarrelsome accusation. One strikes shame into a man, while the other moves his indignation. He who is admonished will more likely be saved, because he fears to be destroyed. For it is well that he who is corrected should believe you to be his friend rather than his enemy. For we readily give ear to counsel than yield to injury. Fear is a poor preserver of consistency, but shame is an excellent master of duty. For he who fears is restrained, not amended. But Jesus has well said, "If he trespass against you." Because to shun against God and to sin against man is not the same thing.

But we must note that Jesus does not ask us to forgive every one who sins, but only him who repents of his sins. For by taking this course we may avoid offenses, hurting no one, correcting the sinner with a righteous zeal, extending the depths of mercy to the penitent.

But some may ask, If when I have several times forgiven my brother he again trespass against me, what must I do with him? In answer therefore to this question Jesus adds, "And if he trespass against you seven times in a day, and seven times in a day turn again to you, saying, 'I repent;' forgive him." By using the number seven He assigns no bound to the giving of pardon, but commands us either to forgive all sins, or always to forgive the penitent. For the number seven is frequently used to represent the whole of anything or eternity.

參考 References:
Catena Aurea (St. Thomas Aquinas)
Sermons 113-116 (fragments), Commentary on Luke (St. Cyril of Alexandria)
Commentary on the Gospel according to Saint Luke (St. Ambrose of Milan)
On the Gospel of Luke (St. Bede the Venerable)
Explanations on the New Testament (St. Theophylact of Ochrid)