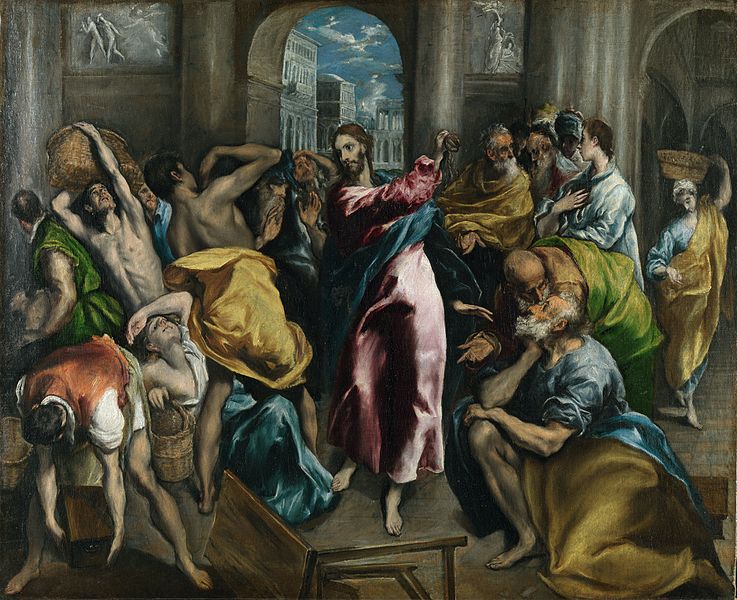 Since the Passover of the Jews was near, Jesus went up to Jerusalem. He found in the temple area those who sold oxen, sheep, and doves, as well as the money-changers seated there. He made a whip out of cords and drove them all out of the temple area, with the sheep and oxen, and spilled the coins of the money-changers and overturned their tables, and to those who sold doves he said, “Take these out of here, and stop making my Father's house a marketplace.” His disciples recalled the words of Scripture, Zeal for your house will consume me. At this the Jews answered and said to him, “What sign can you show us for doing this?” Jesus answered and said to them, “Destroy this temple and in three days I will raise it up.” The Jews said, “This temple has been under construction for forty-six years, and you will raise it up in three days?” But he was speaking about the temple of his Body. Therefore, when he was raised from the dead, his disciples remembered that he had said this, and they came to believe the Scripture and the word Jesus had spoken.
John 2:13-22

Why did people buying and selling in the temple area? Because the Jews had to offer sacrifices and changed money for paying the temple tax. So the merchants were there to provide such services. People at the time did not think there was anything wrong with this arrangement. That is why when Jesus rebuked them, they asked Him for a sign to prove His authority.

In the second reading, St. Paul says: "Do you not know that you are the temple of God, and that the Spirit of God dwells in you? If anyone destroys God's temple, God will destroy that person". (1 Cor 3:16-17) Jesus was outraged when He saw the temple had become a marketplace. Compared with the temple built by stone, Jesus cares about us so much more, and does not want to see us destroyed. Let us rely on His power to strive for holiness.