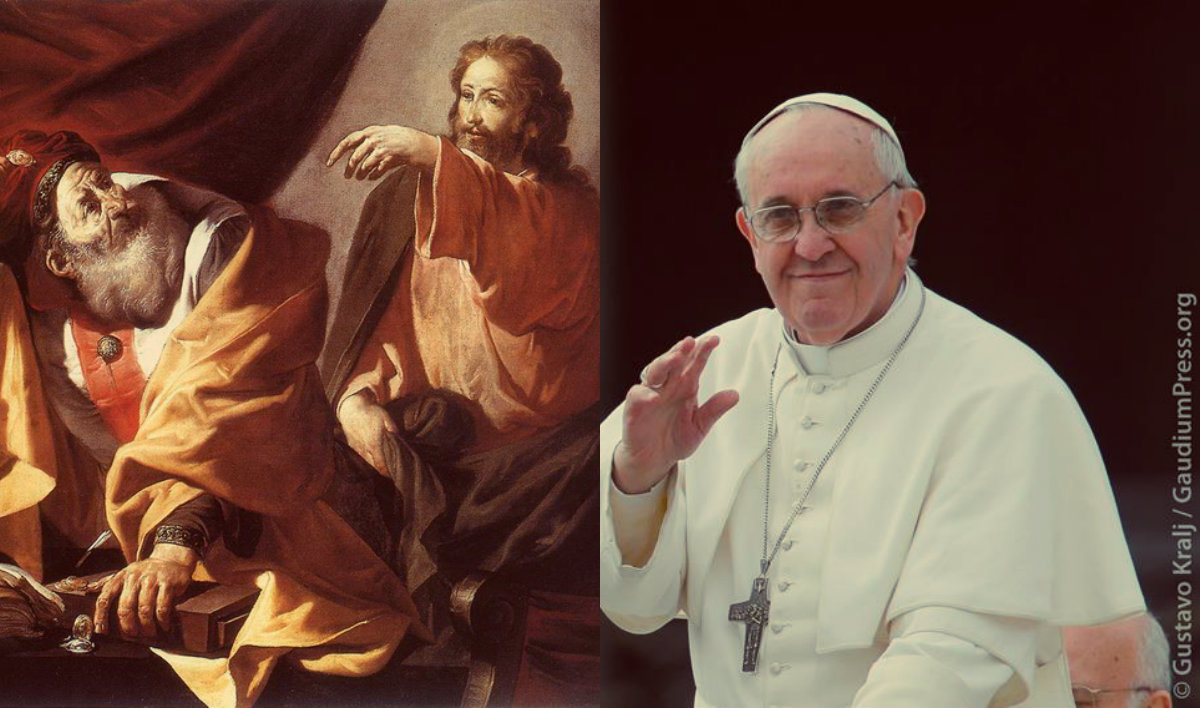 September 21 is the feast of St. Matthew. Do you know what this day means to Pope Francis? On this day, sixty years ago, sixteen-year-old Jorge was planning to go out to celebrate with friends an Argentinian national holiday. But he decided to start the holiday by going to pray at his parish church. He likely was unaware that, in the Church's liturgical calendar, Sept. 21 is the feast of St. Matthew, the despised tax collector who, despite his sins, was nevertheless shockingly summoned by the Lord to become one of his apostles. When Jorge arrived at church, he saw a priest he didn't recognize but who seemed to radiate holiness.

Pope Francis cannot remember what he said to the priest or what the priest said in response. But what he remembers is that he asked the priest to hear his confession.

Pope Francis has shared with a group in May: "I do not know why that particular priest was there, whom I did not know, or why I felt this desire to confess. But the truth is that Someone was waiting for me. He had been waiting for me for some time. After making my confession, I felt something had changed. I was not the same. I had heard something like a voice or a call. I was convinced that I should become a priest."

Pope Francis said: "We must seek God; go to him and ask forgiveness. When we go, he is waiting for us; he is there first!"

Just as much as Jesus had summoned Matthew to become an ambassador of the salvation from sins to his friends and the whole world, the same Lord was calling the adolescent Jorge to be an emissary of that patient Divine waiting and merciful reconciliation to others.