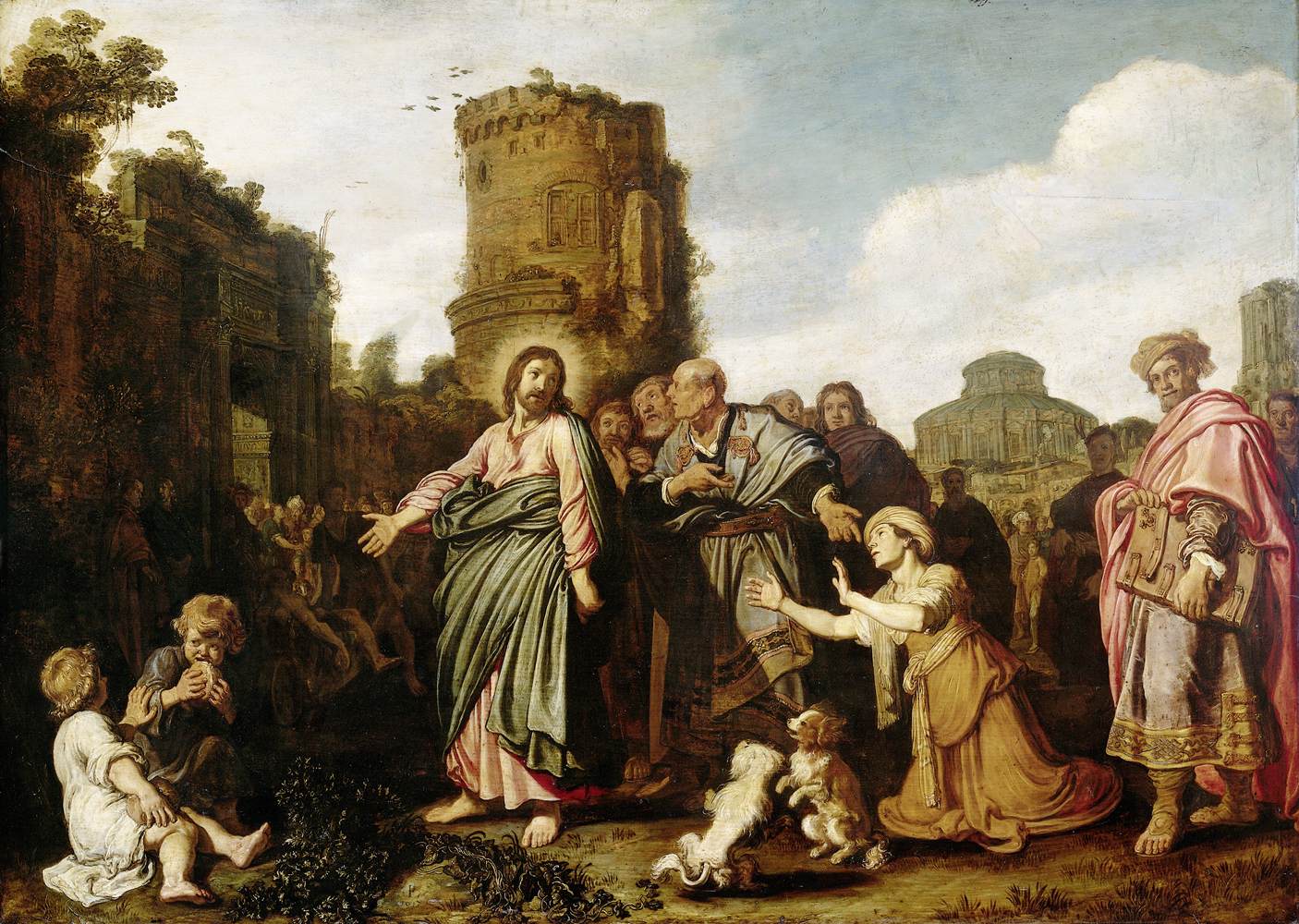 Jesus went to the district of Tyre. He entered a house and wanted no one to know about it, but he could not escape notice. Soon a woman whose daughter had an unclean spirit heard about him. She came and fell at his feet. The woman was a Greek, a Syrophoenician by birth, and she begged him to drive the demon out of her daughter. He said to her, “Let the children be fed first. For it is not right to take the food of the children and throw it to the dogs.” She replied and said to him, “Lord, even the dogs under the table eat the children's scraps.” Then he said to her, “For saying this, you may go. The demon has gone out of your daughter.” When the woman went home, she found the child lying in bed and the demon gone.
Mark 7:24-30

Jesus calls the Gentiles dogs, as they were thought wicked by the Jews; and He means by bread the benefit which the Lord promised to the children, that is, to the Jews. The sense therefore is, that it is not right for the Gentiles first to be partakers of the benefit, promised first to the Jews. The reason, therefore, why the Lord does not immediately hear, but delays His grace, is that He may also show that the faith of the woman was firm, and that we may learn not at once to grow weary in prayer, but to continue earnest till we obtain.

The woman placing herself therefore in the rank of dogs is a mark of her reverence; as if she said, I hold it as a favor to be even in the position of a dog, and to eat not from another table but from that of the Master himself. Because the woman answered with much wisdom, she obtained what she wanted; wherefore there follows, "And he said unto her, etc." He did not say, My virtue has made you whole, but "for this saying, that is, for your faith, which is shown by this saying, "go your way, the devil is gone out of your daughter."

The soul of each of us also, when we falls into sin, becomes like this woman; and this soul has a daughter who is sick, that is, evil actions; this daughter again has a devil, for evil actions arise from devils. Again, sinners are called dogs, being filled with uncleanness. For which reason we are not worthy to receive the bread of God, or to be made partakers of the sacraments of God; if however in humility, knowing ourselves to be dogs, we confess our sins, then the daughter, that is, our evil life, shall be healed.