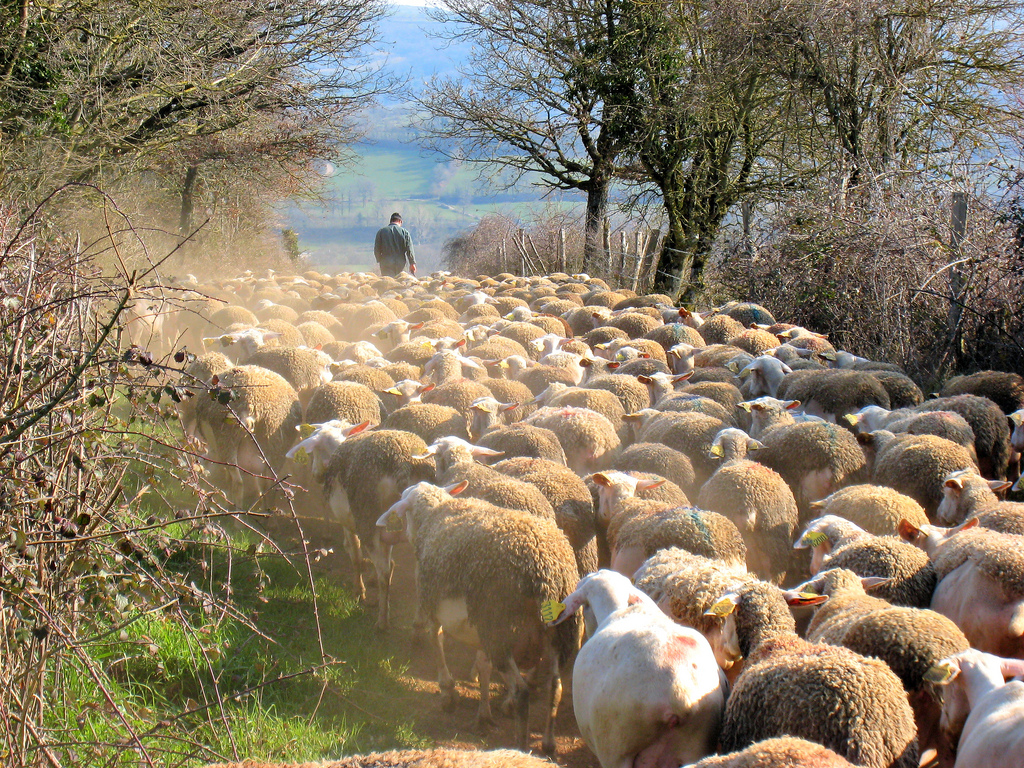 Flock of sheep by Joan Campderrós-i-Canas, via Flickr (CC BY 2.0)

The Apostles gathered together with Jesus and reported all they had done and taught. He said to them, “Come away by yourselves to a deserted place and rest a while.” People were coming and going in great numbers, and they had no opportunity even to eat. So they went off in the boat by themselves to a deserted place. People saw them leaving and many came to know about it. They hastened there on foot from all the towns and arrived at the place before them.

When Jesus disembarked and saw the vast crowd, his heart was moved with pity for them, for they were like sheep without a shepherd; and he began to teach them many things.
Mark 6:30-34

In this Gospel reading, we read that after being sent on a mission by Jesus, the apostles gathered together with Him. We could imagine they were excited and wanted to tell Jesus about all they had done. This could have been a time of temptation as the apostles gained fame and popularity for what they had done. They did not even have time to eat, so Jesus asked them to go to a deserted place to rest.

When Jesus and the apostles got off the boat, they found the crowd hastened there on foot and arrived before them. While it is important to have moments of silence to reflect and pray, when Jesus saw the crowd, He realized a greater need for them who were in need of a shepherd.

Jesus showed us the importance of balance in our lives. He urged the apostles to withdraw and reflect on the meaning of what they were doing, just as He did Himself. At the same time, in this particular situation, Jesus recognized the people's need which called for His response. He changed His play and served their need. Let us learn to carefully discern what God calls us to do at every moment.

This reflection is prepared by the FLL Inspire editorial team as a digest of the following article: Saturday of week 4 of Ordinary Time – Gospel