A Mother’s Journey of Faith, Suffering and Joy 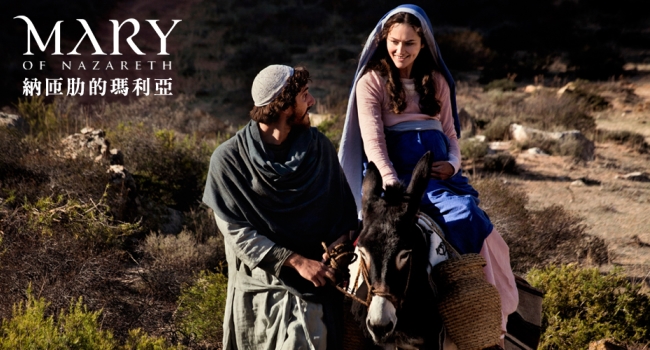 After watching the film “Mary of Nazareth” and listening to many personal reflections from those who also watched the screenings, I decided to write my own reflection on the lessons we can learn from the movie which will incorporate elements of sharings from those I have heard from. I hope it will capture most of the points that were raised and so benefit our readers, whether they have watched the film or not.

“Mary of Nazareth” is an in-depth look at the miraculous life of Mary, Mother of God, of our Lord Jesus Christ. Through the film, we are able to experience the life of Mary in her own eyes, from her childhood to the birth of Jesus, and subsequently His Passion and Resurrection. It is magnificently produced, directed and acted out ― truly a rich cinematic experience for the viewer. Almost everyone I heard from expressed that the movie allowed them to grow closer in their relationship with Mary, and through her to her son Jesus Christ Himself.

There were two main themes that arose from the sharings. Firstly, the faith exhibited by Mary throughout her life and secondly, the joy with which she lived out her faith, especially in the midst of tremendous suffering.

There are abundant examples to draw from which demonstrate these notions. Mary's faith was most apparent at the beginning of the film when the angel Gabriel announced to her that she will give birth to a son conceived by the Holy Spirit, and that she is to name him ‘Jesus'. Although finding it difficult to believe and understand, Mary nonetheless proclaimed her eternal ‘Fiat' (Luke 1:38) and said “Yes, here I am” to the Lord. Her parents, on the other hand, struggled with this revelation and constantly questioned her, doubting her description of the events. One might argue that it is to believe with an Angelic revelation, but in the film Mary's experience of it was almost as if it was a dream, there one moment and gone the next. Was it really that easy to believe? Without a doubt?

Of course, Mary's faith journey did not stop there. After the birth of Jesus, she continued to believe in the Lord's providence. At the Wedding Feast of Cana, she once again displayed her trust in Jesus, telling the servants to “do whatever he tells you.” Her faith was rewarded in the famous first miracle performed by Jesus to turn water into wine. This story also illustrates Mary's role as intercessor for those in need, that we can reach Jesus through prayer to Mary, who in her great kindness can never refuse those who ask her for help.

Finally she believed all throughout her son's passion, the most terrible suffering any mother can go through. Her heart was pierced by the sword as prophesied, yet she continued to believe in Him. She could not see or understand the events that were unfolding before her, but as the Word of God tells us: “faith is the assurance of things hoped for, the conviction of things not seen.” (Hebrews 11:1) Jesus Christ comes as a message of hope, not merely the optimistic belief that things will turn out well. This message requires a supernatural conviction of faith and trust so that it can ‘be-lived' out, through the grace and power of the Holy Spirit that have been granted to us by God.

Mary's living out of her faith was accompanied by incredible joy and peace that can sometimes be difficult, if not downright impossible, to relate to. After the Annunciation, she visited her cousin Elizabeth with a joyful spirit, where she proclaimed the wonderful Magnificat (Luke 1:46-55); she was met with ridicule upon returning to Nazareth pregnant, but proceeded to marry Joseph with a celebratory heart, dancing with joy at the wedding and infecting all those present with that same joy. And even during times such as Joseph's death and after Jesus' death, her demeanor was one of peace and calm, without a trace of bitterness or anger.

In one of the final scenes of the film, Mary also showed us her true role as Mother of the Church. As the apostles quibbled amongst themselves after Jesus' crucifixion, she calmed them down with a story of Him as a young boy whom Mary and Joseph thought was lost, but was found at a temple discussing scripture in a crowd. This story is found in the bible, but how could any of the apostles have known this without her telling them? After all, only she would know! None of the apostles had met Jesus when he was young! This is one of the reasons why the Catholic Church authority originates from both Tradition AND Scripture. Without tradition, there would simply be no scripture.

Mary's unshakable yet simple faith, her life of suffering, her response of joy and acceptance is a true testimony for us as a role model to emulate. She does not draw us to herself but rather guides us to Christ and His Church so that we too, with God's Grace, can one day live in eternal glory of God in His heavenly kingdom. We need only to say to him “Yes, here I am” when He calls, and do whatever He tells us ― as Mary's life witnessed to two thousand years ago.