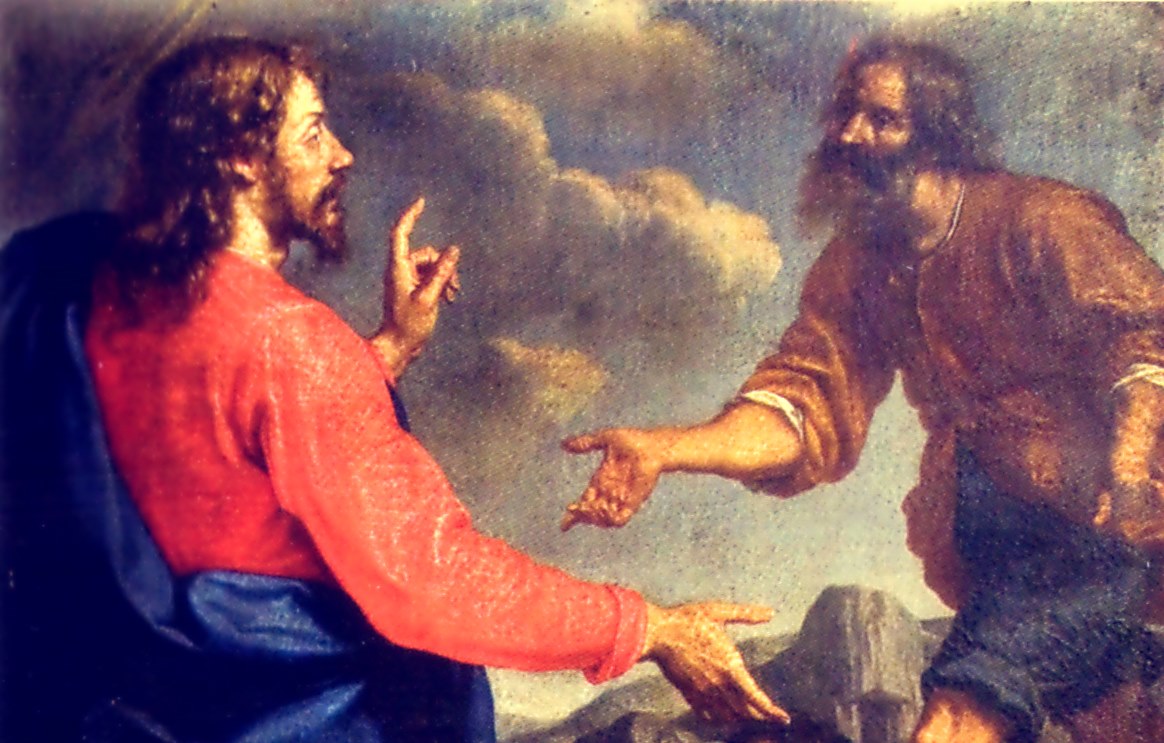 The Vocation of St. Andrew and St. Peter
By Ottavio Vannini

這篇默想由生命恩泉文摘編輯小組撰寫，內容以下列文章為根據: Commentaries on the daily readings by Sacred Space, 聖安德肋宗徒（慶日）.

As Jesus was walking by the Sea of Galilee, he saw two brothers, Simon who is called Peter, and his brother Andrew, casting a net into the sea; they were fishermen. He said to them, “Come after me, and I will make you fishers of men.” At once they left their nets and followed him. He walked along from there and saw two other brothers, James, the son of Zebedee, and his brother John. They were in a boat, with their father Zebedee, mending their nets. He called them, and immediately they left their boat and their father and followed him.
Matthew 4:18-22

November 30th is the feast day of St. Andrew the Apostle. He was the brother of Simon Peter, and also a fisherman. In today's gospel reading, when Jesus called Andrew and Simon Peter to follow Him, they left their nets and followed Him at once. Andrew was then chosen as one of Jesus' twelve apostles.

According to the gospel of John, Andrew was a disciple of John the Baptist at first. When John said “Behold, the Lamb of God” while watching Jesus walked by, Andrew heard and followed Jesus. He then found his own brother Simon and told him, “We have found the Messiah” and brought him to Jesus. (John 35-42)

From these two incidents, we can see Andrew is a person with faith and he's quick to act. He has an openness to trust in what Jesus and John the Baptist told him, and he's willing to act immediately after Jesus called him. Fish nets are essential tools for fishermen, so when Andrew left his nets and followed Jesus, he is leaving behind his means of livelihood; nevertheless he did not hesitate, even though at the time he might not understand what Jesus meant by making them “fishers of men”.

Andrew is also a good example for us as evangelist, because when he heard what John said and followed Jesus, he went and told his brother Simon, and brought him to Jesus. As said in the Epistle of Paul to the Romans, “faith comes from what is heard, and what is heard comes through the word of Christ.” (Romans 10:17) If no one is like Andrew and the apostles who left everything to follow Christ, the gospel will not be proclaimed and be heard; if the gospel cannot be proclaimed and be heard, how can others believe?

Are you willing to leave everything and live according to God's will? Have you witnessed for Christ and introduced Him to people around you?

This reflection is prepared by the FLL Inspire editorial team as a digest of the following two articles: Commentaries on the daily readings by Sacred Space, 聖安德肋宗徒（慶日）.

The Extraordinary Adventurers: Sr. Jessica Wong Ep 6 – An Invitation from the Cross