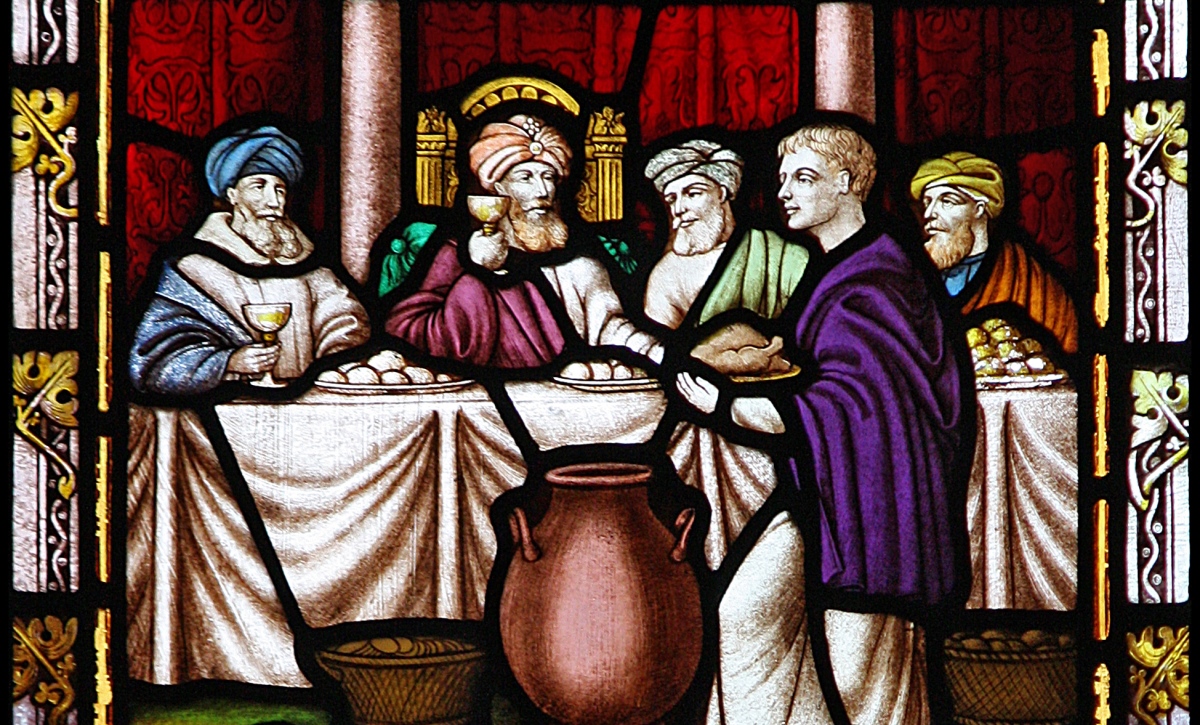 Jesus said to the Pharisees: “There was a rich man who dressed in purple garments and fine linen and dined sumptuously each day. And lying at his door was a poor man named Lazarus, covered with sores, who would gladly have eaten his fill of the scraps that fell from the rich man's table. Dogs even used to come and lick his sores. When the poor man died, he was carried away by angels to the bosom of Abraham. The rich man also died and was buried, and from the netherworld, where he was in torment, he raised his eyes and saw Abraham far off and Lazarus at his side. And he cried out, ‘Father Abraham, have pity on me. Send Lazarus to dip the tip of his finger in water and cool my tongue, for I am suffering torment in these flames.' Abraham replied, ‘My child, remember that you received what was good during your lifetime while Lazarus likewise received what was bad; but now he is comforted here, whereas you are tormented. Moreover, between us and you a great chasm is established to prevent anyone from crossing who might wish to go from our side to yours or from your side to ours.' He said, ‘Then I beg you, father, send him to my father's house, for I have five brothers, so that he may warn them, lest they too come to this place of torment.' But Abraham replied, ‘They have Moses and the prophets. Let them listen to them.' He said, ‘Oh no, father Abraham,
but if someone from the dead goes to them, they will repent.' Then Abraham said, ‘If they will not listen to Moses and the prophets, neither will they be persuaded if someone should rise from the dead.$0"2$
Luke 16:19-31

As the best mirrors represents an image of the face opposite to it, so also is the just judgment of God adapted to our dispositions. Where the rich man because he did not pity the poor as Lazarus lay at his gate, is not heard when he needs mercy for himself. All this then because the rich man chose the happiness of the world, and loved no other life but that in which he proudly boasted; but Abraham said Lazarus received what was bad, because he knew that the perishableness of this life, its labors, sorrows, and sickness, are the penalty of sin, for we all die in Adam who by sin was made liable to death.

But many will ask, Is there no one who shall enjoy release, both here and there? This is indeed a hard thing if not impossible. For without the pressure of poverty, ambition urges; if not provoked by sickness, anger inflames; if not assaulted by temptations, corrupt thoughts often overwhelm. It is a bitter struggle to bridle anger, to check unlawful desires, to subdue the swellings of vain-glory, to quell pride or haughtiness, to lead an austere life. He that does not take up their cross and do these things cannot be saved.